When my husband and I visited Las Vegas for a few days in May, we just had to make a trip to that most famous dam.  We had heard about it all of our lives, read about it, had seen it in movies, and had seen it in documentaries and on news stories.  Since we were so close and had a fun convertible to use, we couldn’t not visit the Hoover Dam.

We got up early that morning, which was easy to do since we were still pretty much on east coast time, looked up our driving directions on Google maps, and headed out to a hearty breakfast to start our day.  As usual, I did my research for restaurants on TripAdvisor, and we settled on an eatery named Mr. Mama’s.  When we arrived, we were seated and then greeted by Mr. Mama himself.  He was very friendly and eager to share favorites from the menu and some history of the restaurant.

Soon our food had arrived and we were not disappointed!  I now wish that I had taken pictures of our food and the restaurant so that I could show you here, but at the time I didn’t know I would be writing a blog about it.  Anyway, we ordered a Cali omelet and a pancake and shared them both and left very satisfied.  The food was delicious!  My husband wanted to come back for breakfast the next day, but our plans didn’t allow it.  Next time, Mr. Mama!

After leaving the restaurant, we headed out to the dam, which was about a 45 minute drive.  We were aiming to get there at 9 a.m., when the dam ticket line opened, so we could get into the first Dam Tour of the day at 9:30 a.m.  Let me pause here a minute to give you some info:  There are two different tours offered – the Dam Tour and the Powerplant Tour.  The Powerplant Tour is less expensive (currently $15 for adults) and just about anybody can participate – no age restrictions or physical ability restrictions.  It lasts about 30 minutes.  The Dam Tour is currently $30 and includes everything in the Powerplant Tour plus passageways down in the dam itself, but is not available to kids under 8 years old or people in wheelchairs or on crutches.  Both include admission to the visitor center.  The Powerplant Tour tickets can be purchased ahead of time but the Dam Tour has to be purchased in person since it is sometimes unavailable.

So back to the story.  We ended up getting to the dam around 9 and parking and walking a little ways to the ticket counter.  When we got to the counter, there were only a few people in line ahead of us, so I thought we would get the 9:30 Dam Tour for sure.  Well, I was wrong!  The first three or four Dam Tours had already filled up and we got into one starting at 10:30.  I was really surprised, but the dam employee told us that there is always a long line of people waiting for the doors to open at 9 a.m.  Those dam tourists!  Geez!  All kidding aside, waiting until 10:30 worked just fine for us because we could walk around the visitor center and see the exhibits and walk outside and look around and take pictures, etc.  Warning – if you wait until after lunch to get your tickets for the Dam Tour, they could be sold out and you may end up not getting in!  You could still likely get a Powerplant Tour, but if your heart is set on the Dam Tour, go early!

We took some pictures outside while we waited:

It was a beautiful morning and the weather was nice with clear blue skies.

I thought it was crazy how the transmission towers were hanging at such an angle!

Selfie on the deck of Hoover Dam

After wandering around (or maybe before? it’s been 3 months) and before our Dam Tour began, we gathered with a bunch of other dam visitors in a theater room and watched an informational video about the Hoover Dam.  It was very interesting to hear about how the dam came about and how it was built and how many people died during its construction during the Great Depression.  It was built during a terrible time in our country and men came from all over the USA just to get a paying job, dangerous as it was.  We really don’t realize how easy we have it these days.

So, after the movie, our tour group lined up and got into (packed like sardines into, I should say) a big elevator and rode down to the power plant area.  During this part of the tour, we were mixed with people from the pp tour.

They told us that the Hoover Dam was all about the water.  Several states were arguing over who could use the water from the Colorado River, and they came to an agreement that included the HD.  But a side benefit of the dam is that it supplies electricity to a huge amount of people.  The picture above shows several large generators that capture energy from the flowing water and send electricity out through the transmission lines.

After we left this generator room, our group continued on for the rest of our tour, and the Powerplant Tour people headed out.  There were a few sneaky ones who tried to merge in with our group, but our tour guides would have none of it!  They were constantly counting us as we switched around and knew just how many should be with us.  The offending suspects were quickly ousted and sent on their way!

The rest of the Dam Tour included an elevator ride in a smaller elevator that took us waaaay down into the dam.  As we walked around, our guide entertained us with some humorous and some fascinating stories about the building process.  We also walked down a low and narrow tube to one of the vents in the wall of the dam.  I’ve included some pictures below.

A couple more from inside the dam:

Our guide also told us that if the elevator broke down, he would just wait for it to get fixed, because he wouldn’t be climbing all those dam stairs to get out!  He obviously had no issues with claustrophobia.

After our tour, we visited the road that goes over the top of the Hoover Dam.  Remember that movie called Fools Rush In starring Matthew Perry and Salma Hayek?  If I remember right she was caught in an ambulance on top of the dam and had to deliver her baby there.  For some reason, that scene always comes to mind when I think about this road!  Anyway, traffic is now diverted to a new, really high bridge due to congestion, etc., and I don’t think this road gets much traffic any more.

Also, below are pictures of the reservoir.  Looks like the water is pretty low these days!

After we were done touring the dam, we headed up the Lake Mead road to Valley of Fire State Park, which I wrote about in a previous post, A Gem in Nevada.  But first, we decided to stop in Boulder City for a quick and inexpensive bite to eat.  After reading the reviews, we chose to visit The Chicken Shack.  Once again, TripAdvisor didn’t steer us wrong!  We both went with the meal with three chicken fingers, fries, and a drink for $6.99 and neither of us could finish it all.  I was happy to see they served shoestring fries, and the chicken and dipping sauces were delicious.  But don’t expect to visit here and have an elegant dining experience!  True to the name, the building is like a shack, and we were able to snag one of the few inside tables on this hot day.  But I would definitely recommend it if you like good food at a very reasonable price.  Below is a picture of the shack: 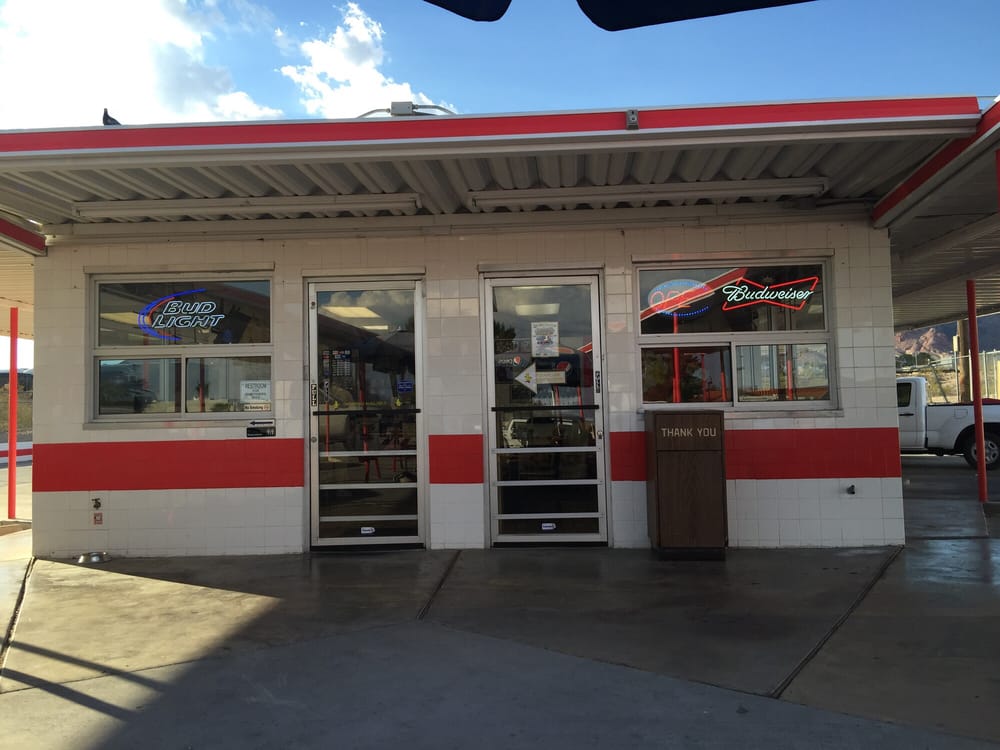 I hope you have enjoyed our dam journey!  We really enjoyed learning about and experiencing the Hoover Dam.  If you are ever in the area, go and see it for yourself, you will be glad you did.

Until next time, happy traveling!