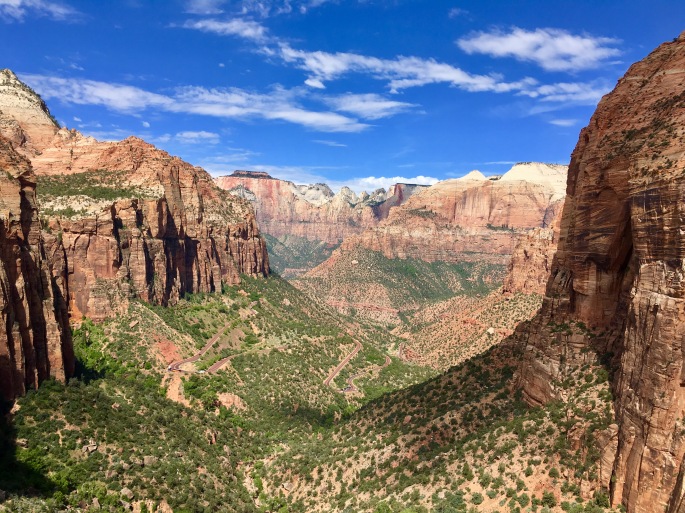 “Traveling – it leaves you speechless, then turns you into a storyteller.” – Ibn Battuta

Today I would like to share a little overview of our trip “out west.”  My oldest son had been saying for a while that our next big family trip should be to Utah.  We had both heard amazing things about the beauty and majesty of southern Utah and the national parks there.  But I didn’t really know.  Since I’m from the southeast part of the states, anything west of say, Missouri, is just a jumbled mess in my mind – location wise.  I mean, I know where California and Washington are located, and I have vacationed in Arizona, but other than that . . . . hmmmm.  Oh, yeah, Texas – I know where Texas is.  It’s in the middle, at the bottom, right above Mexico.

Anyway, I don’t know what comes to your mind when you hear the word Utah, but it didn’t really conjure up anything geographically special or spectacular to me.  What do you think of when you hear Utah?  First of all, without looking at a map I thought it was like, up near Oregon or something.  Secondly, it made me think of Salt Lake City, and a really big salt lake, and the Mormon Tabernacle, and their amazing choir, oh, and the really cool, huge library in Salt Lake City that has all the genealogy records that I really want to visit someday.

So, despite all my lack of knowledge (or my ignorance, which is not as nice to say about yourself) – other than the great things we had heard about the parks there – we set our sites for Utah.  After booking our flights and setting up our lodging for the week, I finally got around to doing some visual research on the places we would see by using Google images.  Wow.  Wow.  I really had no idea.  I’ll share some of my own with you.

The picture at the top of the page is a shot of lower Zion Canyon in Zion National Park.  Below is a picture from our journey along the Canyon Overlook Trail in ZNP: 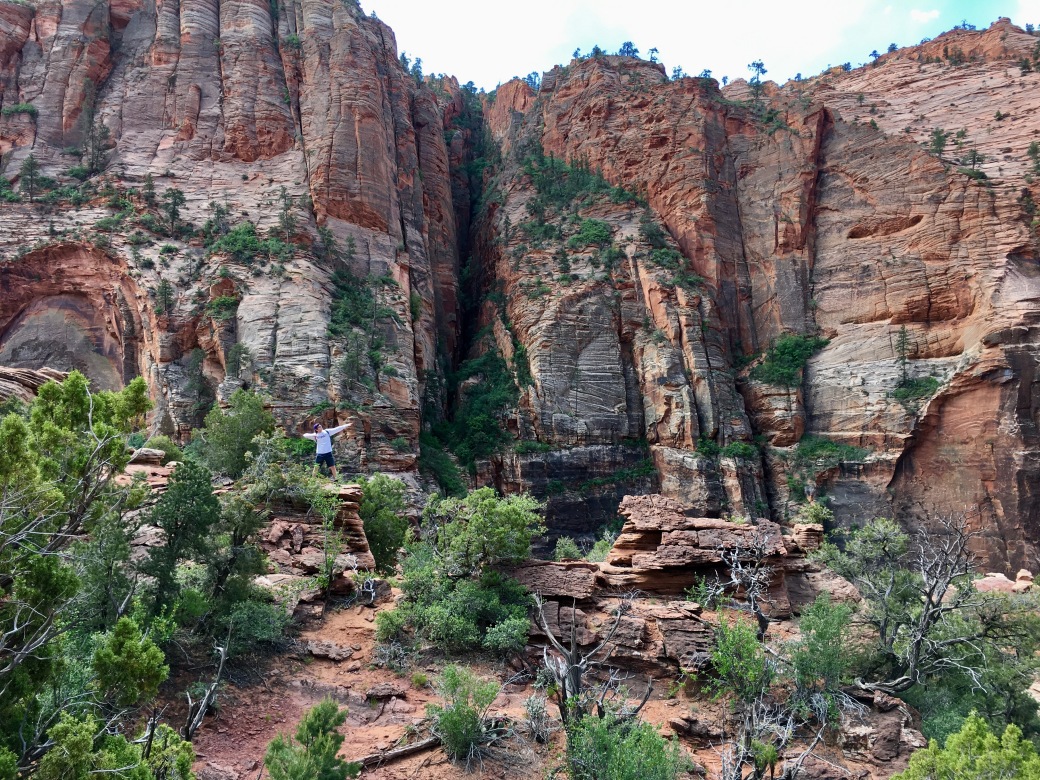 Here’s another one from Zion – it’s from the Riverside Walk (spectacularly beautiful, by the way):

Simply amazing, right?  Now I have to show you one from Bryce Canyon.  Bryce was also beautiful with lots of red rock, but also a lot different from Zion.  Here it is: 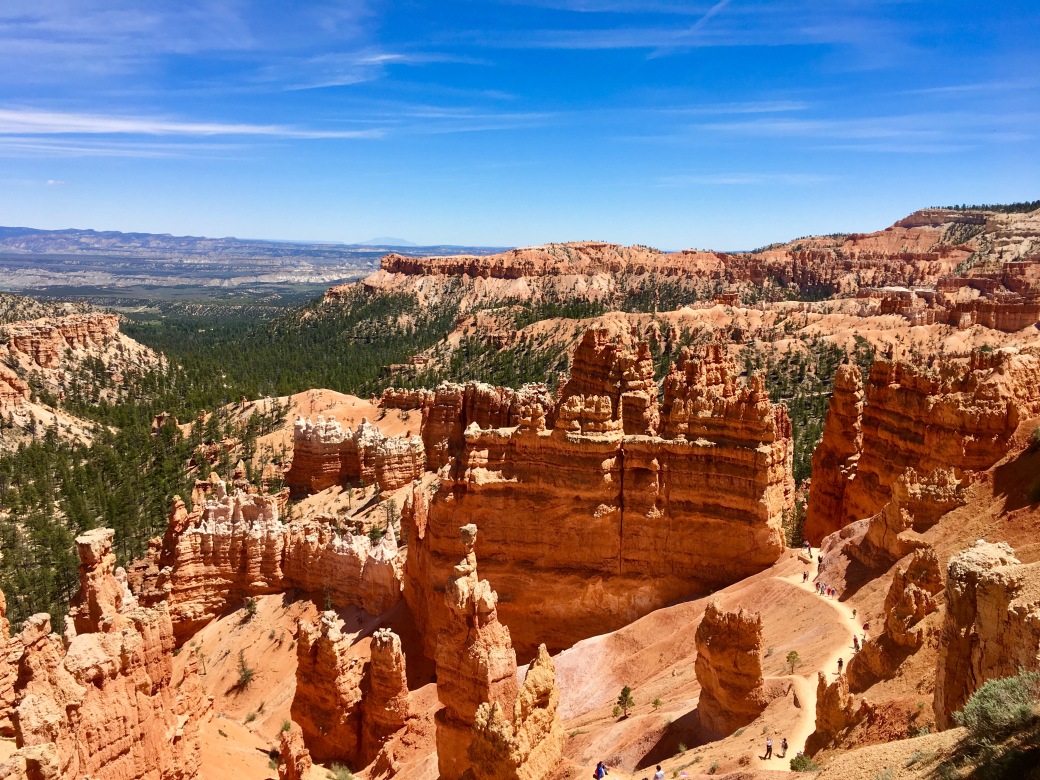 The keyword for Bryce is hoodoos.  Yep, that’s right – hoodoos.  I personally think that word is a lot of fun to say.  Hoodoos!  Hoodoos are those happy rock formations that look like lots of little (or big?) statues all over the place.  Even though Bryce is called a canyon, it’s really not, but I will get to all of that in another post.

And, since this post is supposed to be an overview of Utah stuff, there’s one more picture I will share.  This one is from the hike to Lower Calf Creek Falls in the Grand Staircase Escalante National Monument:

I have a confession to make.  We didn’t make it to Lower Calf Creek Falls.  We didn’t have enough time to make the whole hike, but that’s okay because look at the eye candy here!  It was such a beautiful hike even without the falls.  Well, they are like the number one thing to see in the national monument.  And they are beautiful (from what I hear) ~sigh~  oh well, next time.

So, to wrap things up, we spent a week in Utah (mostly), and didn’t get to see that much of it!  But what we did see was incredible.  I really wanted to focus on Zion, and immerse ourselves in it, because there is just so much to do and see in Zion National Park.  We visited Zion for a few days, Bryce Canyon for part of a day, the Grand Staircase Escalante National Monument for basically a day or two, and then popped down to Arizona for a day.  We only got to two of the national parks in Utah.  There are several more to visit, but we just didn’t have the time.

Seriously, one week in Utah is not enough!  It is so beautiful, it is like a feast for your eyes.  I told my hubby while we were there that it’s almost like beauty overload.  You are overwhelmed with spectacular scenery and your mind just can’t comprehend it.  I’m not exaggerating, here!  Okay, so I will stop raving about the beauty of Utah.  But you really need to see it for yourself – you won’t regret it!

I hope that my overview has been a bit informative and has whet your appetite for your own trip to this beautiful state.  I have more to share, so I hope you visit again!

Until next time – happy traveling!